Training as doctors to serve those who serve

Serving the country’s defense calls for highly trained physicians to care for military members on land, in the air and at sea.

Through the Military Medical Training Program, members of the Canadian Armed Forces (CAF) can apply to medical schools, including the uOttawa Faculty of Medicine. The Faculty reserves seats yearly in the Undergraduate Medical Education Program, and in the entry-level Family Medicine Postgraduate Medical Education residency programs, for these applicants. In addition, some students join the Forces after they have already been admitted to the MD program.

“We are very fortunate to have such great working relationships with all of Canada’s medical schools to meet our growing needs,” said Lieutenant-Colonel Deborah McDonald of the Canadian Forces Health Services Group.

We asked four of our MD students what it means to them to be a CAF member studying medicine, and who they have on their minds this Remembrance Day. 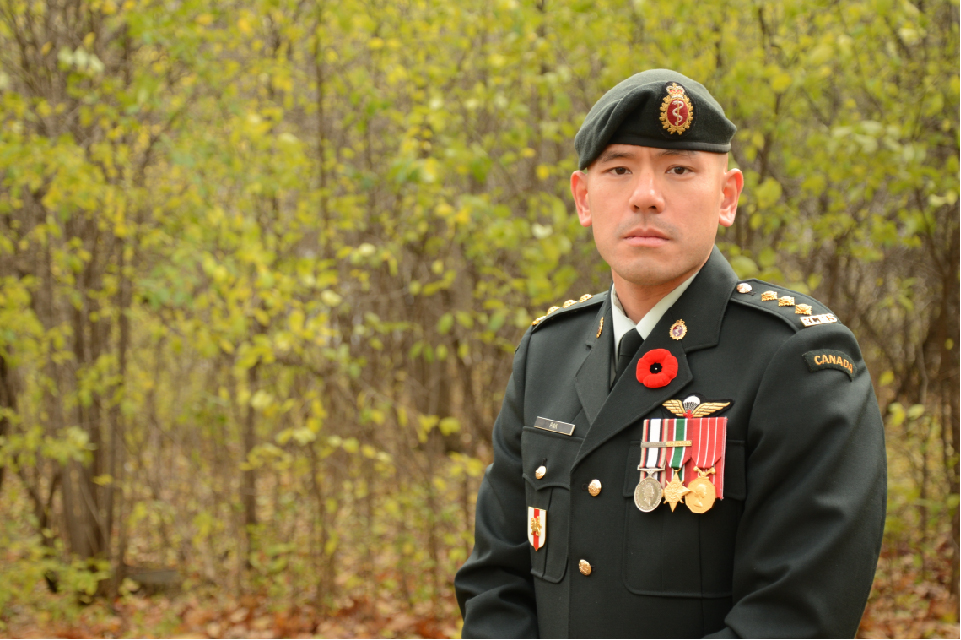 While practicing as a Physiotherapy Officer in the RCMS, I saw the shortage of primary care physicians in the CAF and a higher likelihood of burnout due to increased workload for existing practitioners. I hope to augment the CAF’s primary care capabilities as a medical officer after my residency in family medicine, at either a Canadian Forces Health Services Centre (clinic) or a Field Ambulance (mobile medical unit). I also hope to complete the Examination of Added Competence in emergency medicine to be an emergency care physician if required.

I deployed to Afghanistan in 2005 with The Royal Canadian Dragoons as one of its Armour Officers. Twelve Dragoons made the ultimate sacrifice while serving their country, some of whom I had the honour to work with. I think of these Dragoons often, in addition to other members of the CAF who unfortunately did not return home. As I am of Asian descent, I also remember the Chinese Canadians who fought during the Second World War in support of gaining the right to vote (which had been denied to them as a result of the highly discriminatory Chinese Exclusion Act of 1923). These pioneers paved the way for a new era of thinking that extended basic human rights to visible minorities, not only of Asiatic descent, but for all peoples. 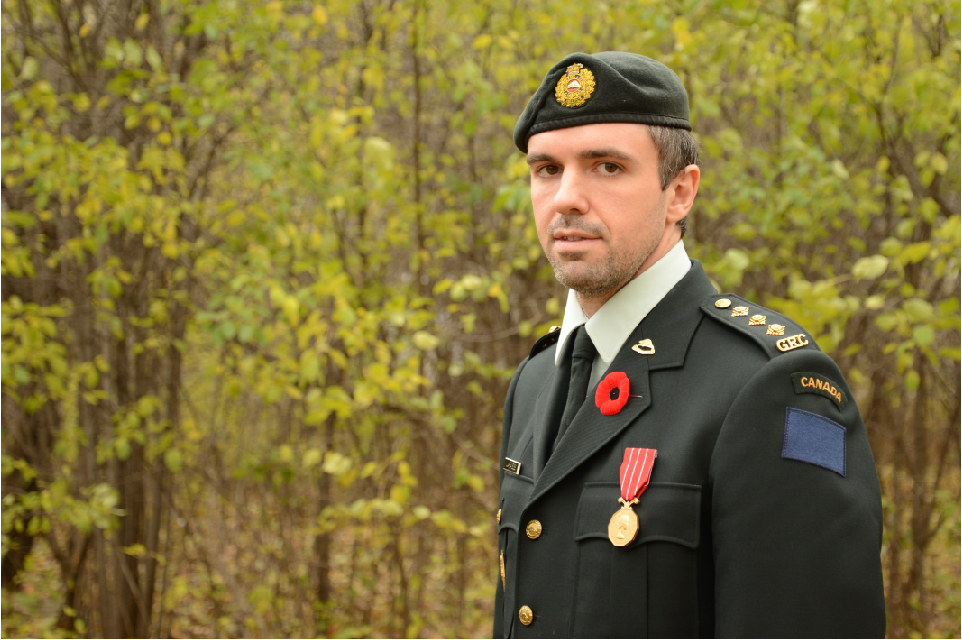 Service with the Canadian Forces can mean deployment either at home or abroad, sometimes in a hostile environment. As such, I seize every opportunity to further my knowledge in specific areas related to battlefield medicine, such as acute care, emergency medicine and trauma surgery. Although I will initially specialize in family medicine, I would ultimately like to specialize in trauma surgery to save as many lives as possible.

I’d also like to complete CAF’s aeromedical evacuation course, for the skills necessary to pick up injured soldiers and start treating and preparing them for surgery directly at the point of injury, as well as on the helicopter on the way to the closest field hospital.

On Remembrance Day, I remember my colleagues from the 5th Combat Engineer Regiment in Valcartier, Quebec, who were injured either physically or mentally while deployed. I also remember the families of fallen solders who came to our unit during Remembrance Day in 2016 to honor their loved ones. It was a highly emotional moment. 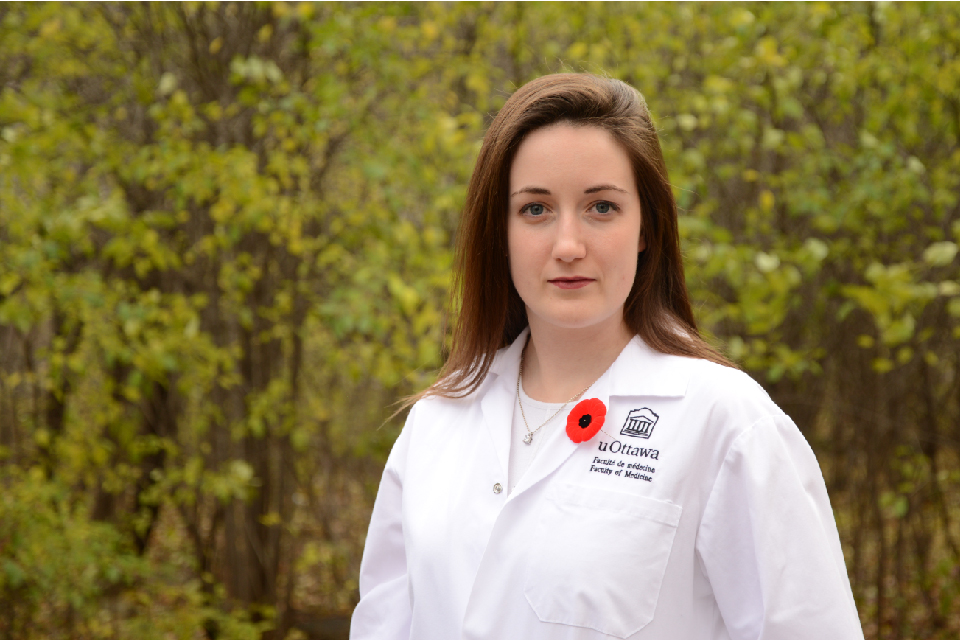 I was attracted to both medicine and the CAF because they are communities that support me in helping other people. While studying medicine, I try to keep in mind the military population I will be serving, and how I can be the best doctor I can be for them.

After my family medicine residency, I am hoping to further specialize in emergency medicine and aviation medicine.

This Remembrance Day, I am remembering the brave men and women who have served and continue serve this amazing country so that we all can continue to enjoy the freedoms and luxuries that we have in Canada. 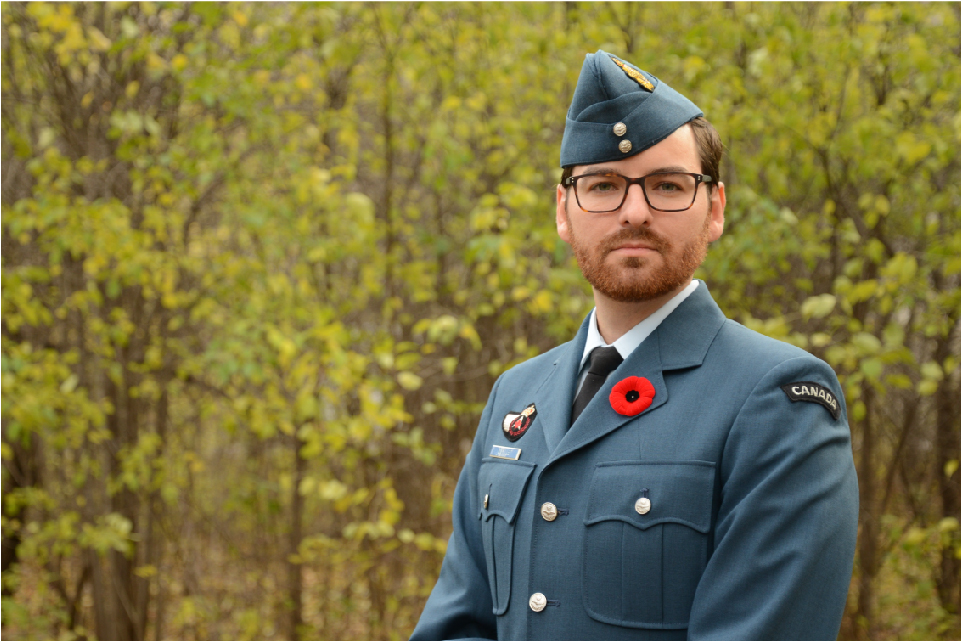 It gives me an immense sense of pride to finally accomplish my dream of becoming a medical officer, while having the military support me during this great endeavor. I have a responsibility to ensure I train to the best of my abilities so that I can heal my fellow soldiers and not let them down.

I hope to specialize in a field that is fast-paced and hands-on, as I have always enjoyed working in these environments. I hope to have a medical practice on a military base and keep a good pulse on my fellow soldiers while participating with them in exercises and international deployment that will allow us to help regions of the world that are in dire need.

In the past, Remembrance Day was always about honoring soldiers of previous wars or distant relatives. However, in recent years, Remembrance Day has had a heavier tone for me, as I have lost friends that were with me during basic training and during my time at Royal Military College. It is only now that I realize we cannot fathom the emotions that veterans of war are feeling on this day.

We pay respect to the Algonquin people, the traditional guardians of this land which remains unceded, and to all Indigenous people from across Canada who call Ottawa home.

Make a donation to the DFM Global Health Travel Bursary